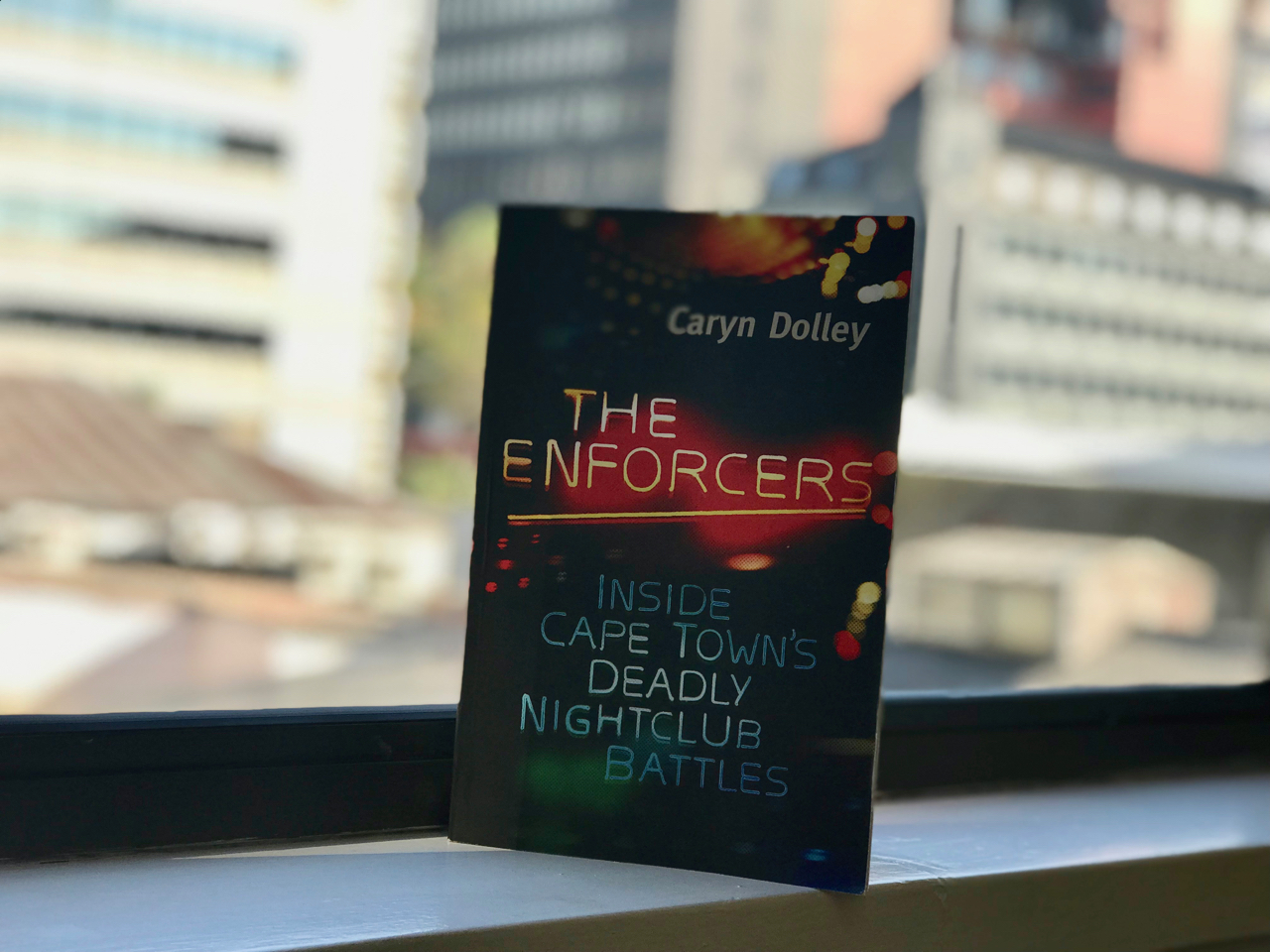 There’ve been a few reviews of Caryn Dolley’s The Enforcers: Inside Cape Town’s deadly nightclub battles that say things like it “[reads] like a fast-paced crime thriller”. It really doesn’t, it’s much better than that. It reads like excellent and meticulous investigative journalism, and the matter-of-factness of the murders, drug deals and police culpability are what give the book its power.

Although there’s an undeniable whiff of asininity about the criminals Dolley describes, with their macho posturing and array of cliched gangster swag, the overpowering stench is of violence, unaccountability, and a spiralling descent into lawlessness and police corruption. And as always, it’s not the privileged people at play in the fleshpots of Cape Town that really suffer, but the poor people inhabiting the buffer zone the criminals position between their businessmen facade and their victims.

I found it particularly striking that many of the photographs of the criminals, kingpins and possibly (or rather, almost certainly) corrupt cops are taken by Dolley herself. This is real feet-on-the-ground journalism, aligned with some meticulous research, and it’s a pleasure to read. Dolley has been working on this story for many years, and this focus is a testament both to her resolve and (I assume) the investment that her newsrooms have been willing to make.

The facts themselves are not a pleasure to absorb, though. Dolley has to hedge her legal bets with most of the things she reveals, but reading between the lines, it’s pretty obvious that politicians, cops and criminals are working together, and that the last sentences in the book are the awful truth we have to face. It’s a rare moment when the author’s exasperation is allowed to surface.

“Nightclub-security power shoves, political skullduggery, gang clashes and cop infighting bleed into each other and have become cyclical and generational. The seeds sown in these arenas in Cape Town in the 1990s and further back are still sprouting, meaning corrupt and criminal activities taking root now will affect the city, and in turn the country, for decades to come. This inescapable reality ensures that our beautiful South Africa has a promising future as a heavyweight in global organised crime.”

It seems a little patronising to call this courageous journalism, as that might imply that Dolley has done something out of step with her craft, as opposed to just doing her job as she clearly sees it. But there is, indubitably, a lot of bravery in the way she has pursued this story. This is the kind of journalism we need to counter the cynicism of The Enforcers’ last sentence, and I’m glad that she’s now on the amaBhungane team, adding a different voice to an already impressive array of talents.